My girls refused to leave my sister alone on her visit. My sister is not a cat person. But they insisted on convincing her that she should love them. Roxie seriously somersaulted into my sister’s arms about a hundred times. When she wasn’t somersaulting she was nudging the back of my sister’s hair. We would ask her where Paula was and she would get excited and prance around to find her. She followed Paula everywhere. Elder kitty Lucy just wanted to be next to her. Such is the mystery of cats! Den and I were not important to them while my sister Paula was here. Usually they sleep in my room and only come downstairs when they need food. But they both kept late hours…and commandeered the sofa…so they were right next to her. At one point I went to bed and Lucy…who always is with me…stayed downstairs on a pillow next to my sister Paula! 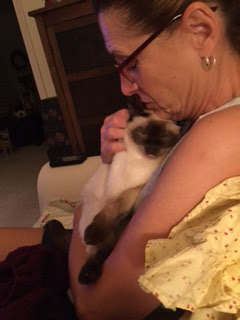 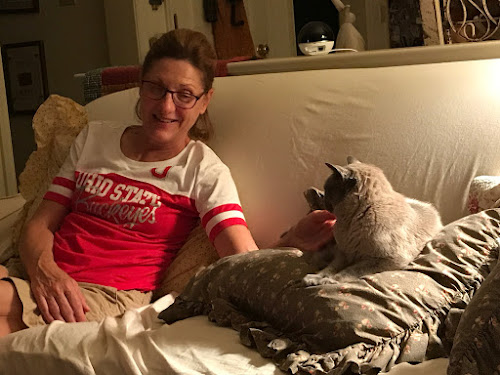 Finished this…I am in love with this series…I thought I wanted a break from the quirky citizens of Plummergen but I sort of zipped right into the second one. 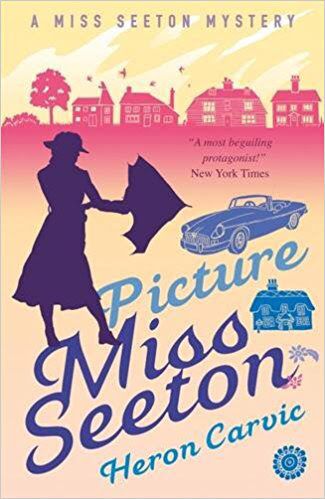 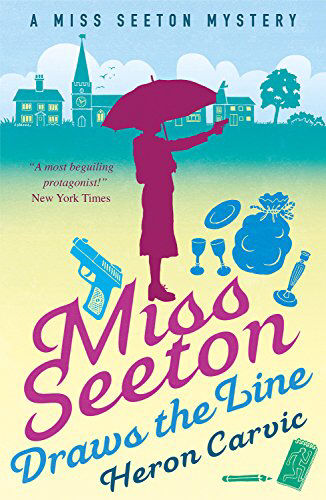 Reading this, too, but it’s not a good idea to read two mysteries at the same time. 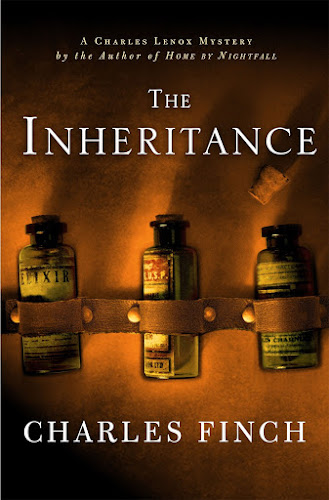 I had this idea that one big bed would be better for Lucy and Roxie rather than their individual beds…but…it was a bad idea because all it did was provide Roxie with an easy way to somersault into Lucy’s fragile bones and torment her…so…we sent the bed home to cousin Izzy…who seems to love it! Luckily Amazon Vine tossed this massive bed in my queue. My sister’s grandson loves it, too. He told his mom he was sleeping in it with Izzy! 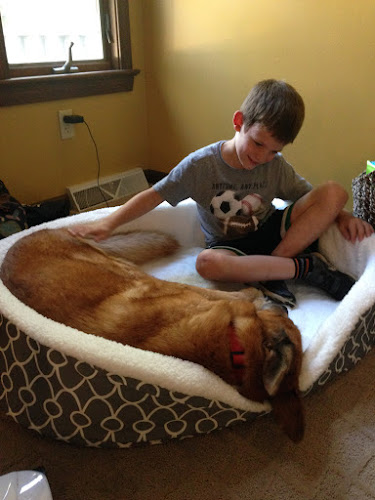 Lucy and Roxie are sleeping on my bedroom reading chair on top of a kitty heating pad and 6 pillow shams. It seems to be working for them. We had to take their beds away because although both were identical…they were fighting over them and only wanted to sleep in one…but they both wanted the same one! I don’t get it at all but with the beds gone they aren’t fighting. But Lucy claimed the pillow and they won’t switch sides. Kitties are complicated! 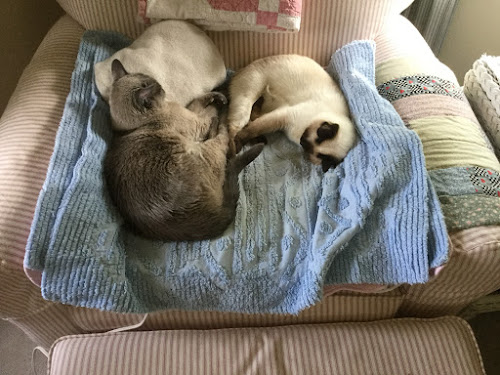 I am off to walk on the treadmill…then read and perhaps knit this from last year…a kit I never started! From weareknitters! 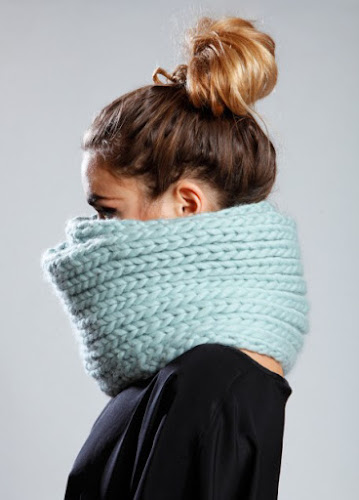 18 thoughts on “My Cats Love Them Some Paula…Plus Book Thoughts, Too!”